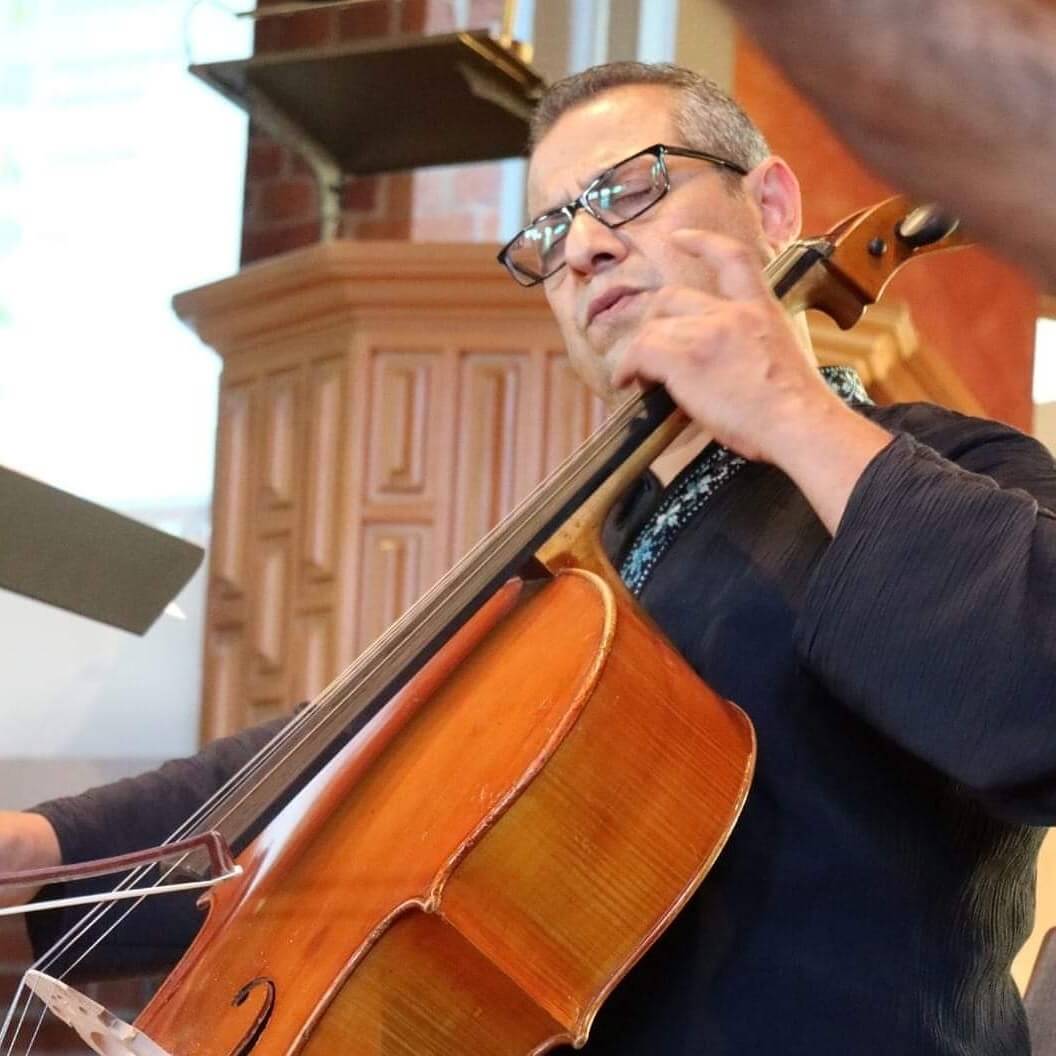 Welcome to a diasert (dialogue and concert) with the moderator Nenos Yousef from Studieförbundet Bilda and the musician George Hayrabedian, cello. George will talk about his childhood growing up in Aleppo and his life as a musician. We look forward to an interesting and exciting conversation combined with strong and beautiful music.

George Hayrabedian is an experienced cellist, singer, music pedagogue and composer. He often performs oriental folk music as well as world music. In 2003 George came to Sweden from Syria and he has played in many orchestras and projects.

Nenos Yousef is a musician and plays the oud. He is from Iraq and is business developer for oriental music at Studieförbundet Bilda.