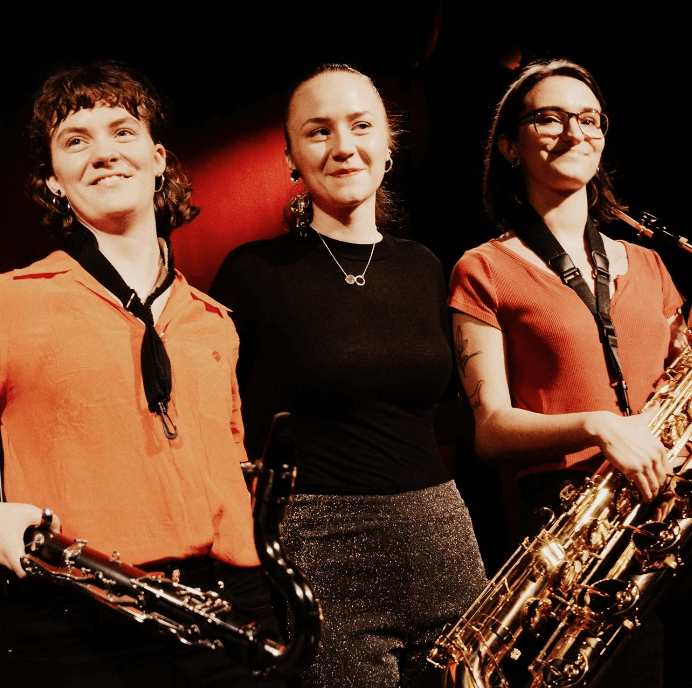 RÅ consists of three colourful musicians from three different rich folk music traditions – Jylland in Denmark, Skåne and Västerbotten. They meet and create a bubbling and maximalistic interpretation of folk music in a way never heard before.

What happens when a polkett from Värmland meets the groove of house music? Or when a polska from Västerbotten meets the dirt and harmonies of  hard rock? RÅ puts the colourful and rich cultural legacy that is Nordic folk music in a context never tried before, where norms are crushed and the music is free to develop.

With their unusual setting of fiddle, clarinet and saxophone, the soundscape is exciting and a fresh element on the Swedish music stage.

On the 24th of September they will release their debut album “Massiv”, and the concert at the festival is a part of their release tour.